Lincolnshire is rich with war-time heritage

Lincolnshire has played a central role in military aviation for more than a century and attracts thousands of aviation tourists every year, as there are a wealth of things to see and do.

The history of aviation in the County is a rich one and includes an important role in the production of early aircraft in the First World War; Lincolnshire based firms, (Ruston Proctor & Co. Ltd, Robey & Co Ltd and Clayton & Shuttleworth Ltd), which had been involved in producing agricultural machinery, then produced aircraft. Statistics show that these companies produced more aircraft for the RFC, RNAS and RAF than any other county, around 3700 aircraft by war end.

Known as ‘Bomber County’ in the Second World War, many people do not realise the important role it also played in the First World War.

Officially opened in 2018, the centre commemorates the 125,000 aircrew who served during the Second World War.  From the Spire you can look across to Lincoln Cathedral which served as a landmark for crews leaving from or returning to Lincolnshire. For many of the men the Cathedral provided their very last sight of Britain.

The RAF Battle of Britain Memorial Flight operates from RAF Coningsby, a Typhoon base, in Lincolnshire.

The mission of the RAF BBMF is to maintain the priceless artefacts of our national heritage in airworthy condition in order to commemorate those who have fallen in the service of this country.

Relive a WW2 Bomber airfield at East Kirkby - experience the sights, sounds, smells and atmosphere.  It is the only place in the country to see a Lancaster Bomber on an original wartime airfield, and ride in it whilst it performs a taxi run down the runway.
Check availability for The Coach House at the Old Rectory Find your perfect dates

Explore more of our surrounding area

As well as being an Area of Outstanding Natural Beauty, Lincolnshire has a wealth of history and heritage to share with you during your stay. 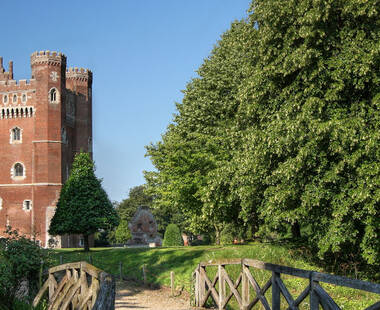 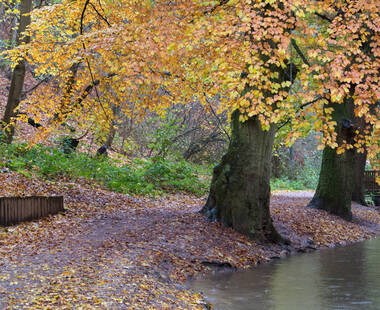 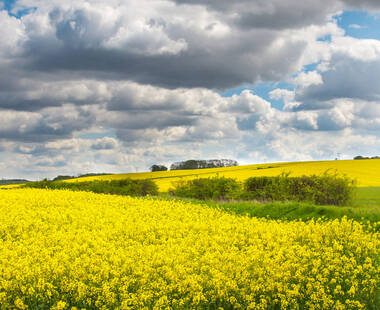